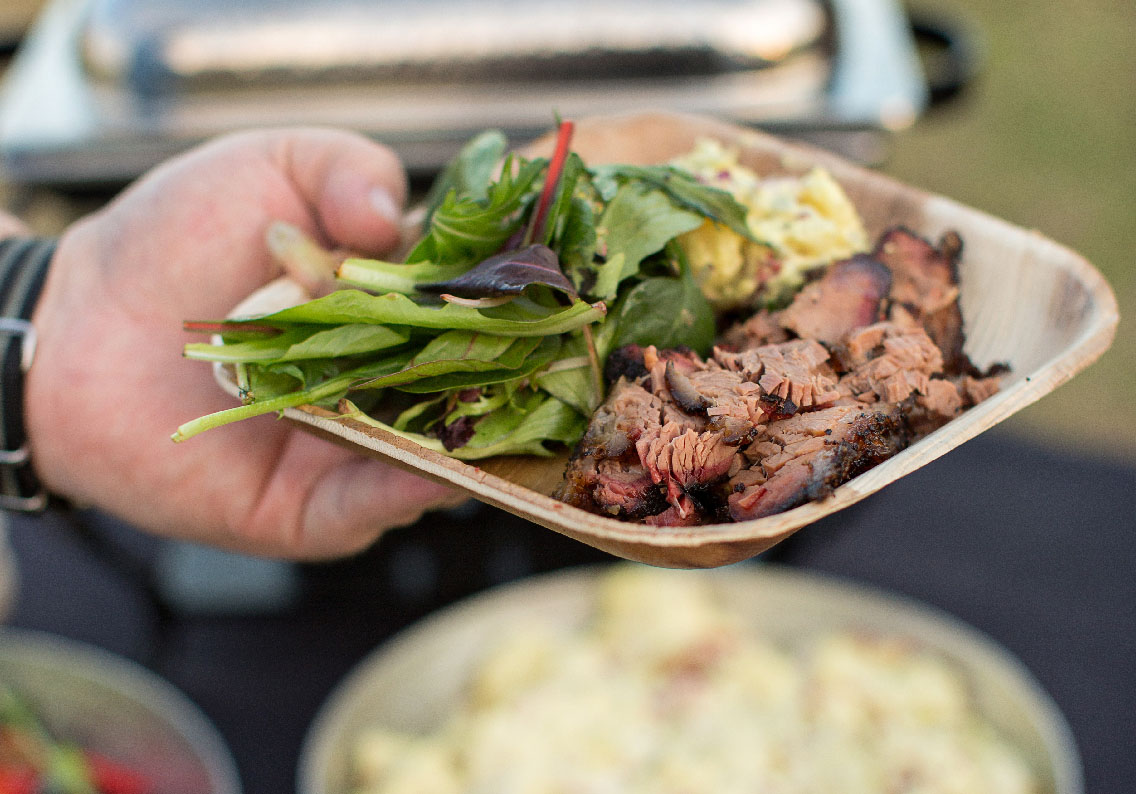 BBQ Nearby in Austin

Pok-e-Jo’s has been smokin’ it slow, servin’ it up fast, and saving the day during the holidays in Austin since the 1970s. They’ve got the just-in-time dinner to feed an army.

BBQ is the perfect way to feed a big crowd around the holidays and during those bowl games. Pok-e-Jo’s is kind of like home cooking, if your mom or dad were the best BBQ grillers in history; but it is so much better, because they don’t have to do any of the work. You just get on your phone, search for Pok-e-Jo’s, give ‘em a call, and order what you want. Then go pick it up, or have it delivered, and there you go…BBQ perfection on your table and happy campers with full bellies on the couch. Barely any clean up so you can grab some cobbler.

We said nearby because there’s always a Pok-e-Jo’s close to you in Central Texas. In Northwest Austin, head to Pok-e-Jo’s in the Arboretum at 9828 Great Hills Trail. That’s the old original Arboretum area, in the parking lot of the Macaroni Grill.

On the north side of town, off Mopac, head to the Pok-e-Jo’s at 2121 Parmer Lane. There’s easy access coming from Metric, MoPac, or IH-35.

Down south you can head to Pok-e-Jo’s in the Brodie Oaks Shopping Center, just north of the Ben White/South Lamar interchange.

And right in the middle of town you can pick up some BBQ at Pok-e-Jo’s in Hancock Center, next to HEB.

And good news, our 6th location is now open – the new Pok-e-Jo’s in Georgetown! Just head to the locations page on our website for all the details and directions.

And if you really don’t want to cook, be sure to order your smoked turkey from Pok-e-Jo’s. That’s some BBQ nearby in Austin that’ll make your holiday feast fantastic. 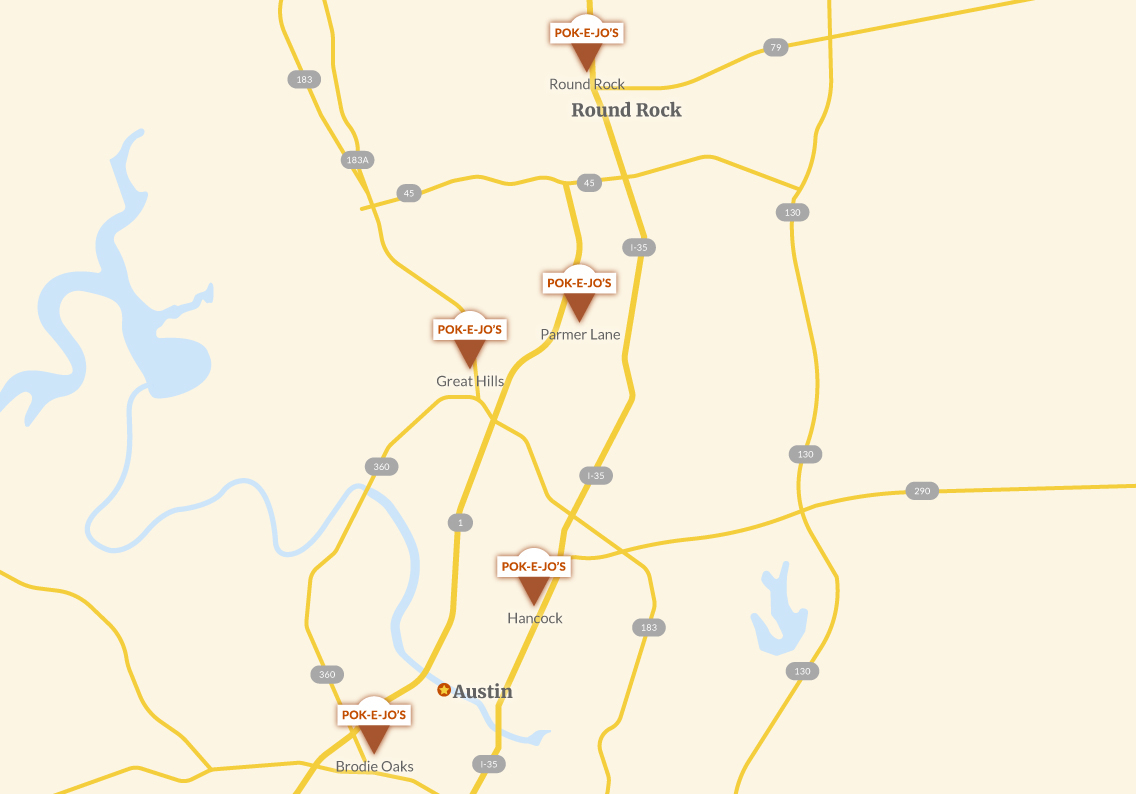 BBQ Near Me In Austin

It is comforting to know that no matter where you are in Central Texas, there is always bbq near me in Austin, thanks to one of Austin’s favorite BBQ restaurants, Pok-e-Jo’s. In fact, Pok-e-Jo’s has locations all over the greater Austin and Round Rock area, so you’re never far away from the best Texas-style BBQ in town.

Since Pok-e-Jo’s is all over town, it makes for a great place to grab food for your family on the way home from work or the ball game. Check out Pok-e-Jo’s family-size favorites to-go. Just call ahead, and we’ll have it ready for you to pick up and quickly be on your way with to-go BBQ.

Pok-e-Jo’s has 5 locations, plus we’re coming soon to Georgetown. Find us in South Austin at the Brodie Oaks shopping center off 360, in North Austin 2121 West Parmer Lane, Central-ish Austin in the Hancock Center off IH-35, in the Arboretum area on Great Hills Trail, and in Round Rock off of IH-35. Regardless of where you grab your BBQ near me in Austin, it’s sure to be extra good if you choose Pok-e-Jo’s Smokehouse. 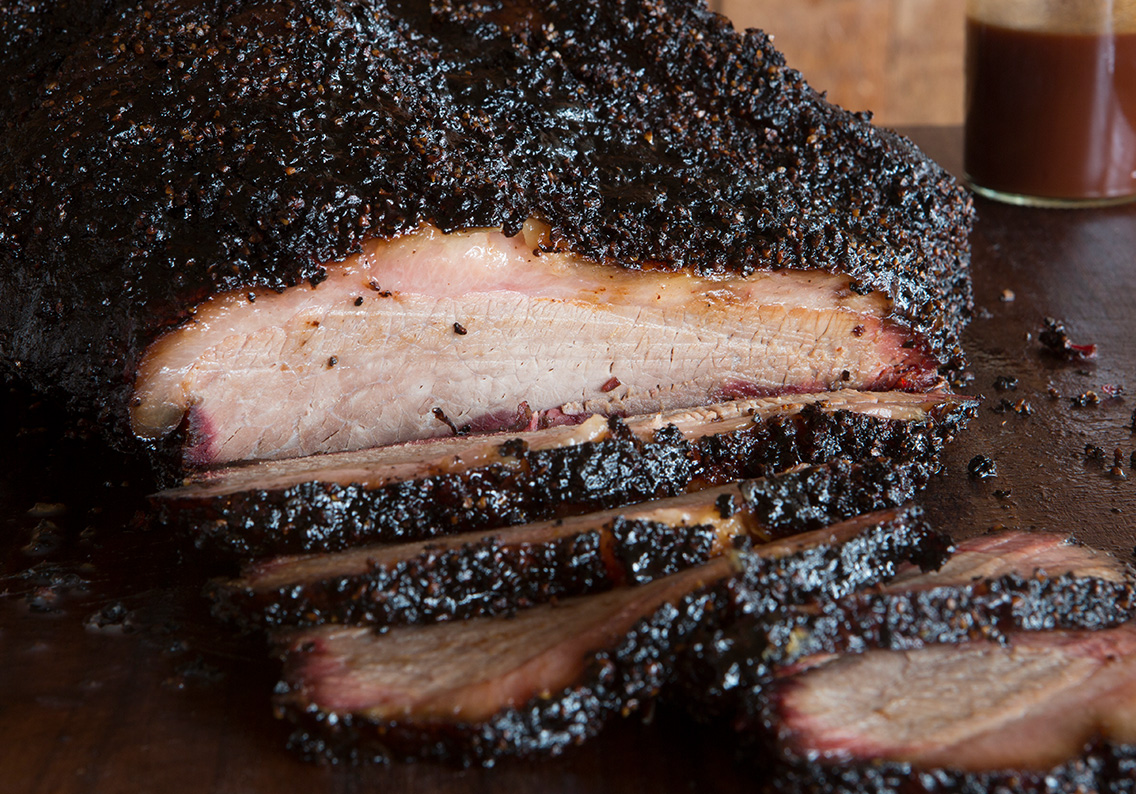 Barbeque Near Me in Austin

When looking for barbeque near me in Austin, don’t just immediately head for the most expensive, fancy-pantsy, trendiest, “I’ve-paid-my-way-into-a-bunch-of-magazines” barbeque joints…think about Texas barbeque that’s been making Austinites happy for 4 decades. Think Pok-e-Jo’s Smokehouse.

First – it’s all about the meats.

At Pok-e-Jo’s, we smoke it slow and serve it up fast. You don’t have to wait for slow-cooked, Texas barbeque. Try a 1, 2, or 3 meat plate, or order by the pound to eat at the restaurant or take home. The test of good Texas barbeque is brisket, so we suggest starting with it. The perfect bark-with-barbeque-sauce bite makes for some delicious brisket. Add to that brisket Pok-e-Jo’s spicy Texas pulled pork, turkey breast, sausage, pork ribs, chopped beef, or even a whole chicken, and you’ve got the beginning of the perfect barbeque feast.

Pok-e-Jo’s is known for having the tastiest, most-inventive, most-loved side orders in the BBQ business. We recommend starting with the roles – casseroles that is. Green bean casserole just like it was Thanksgiving, jalapeño corn bread casserole or baked potato casserole. All are sure to please and get you to that point of full that feels so good. We’ve also got fried okra, cooked when you order it and brought to your table as hot and fresh as it gets. We’ve got “Texas” fries, pinto beans, potato salad, coleslaw, green salads and fruit salads for the healthier choices, and mac ‘n cheese for the not quite as slimming option. It’s all better than a bag ‘o chips, that’s for sure.

Third – we’re probably close to you.

Pok-e-Jo’s has 5 locations throughout Central Texas, with a soon-to-be-added 6th location in Georgetown. Right now, we’re in Round Rock at 1150 North IH-35, in North Austin at 2121 W. Parmer Lane, in South Austin at 44109 S. Capitol of Texas Highway in the Brodie Oaks shopping center, in the Arboretum area at 9828 Great Hills Trail, and in Central/East Austin (is that a thing?) in the Hancock Center at 1000 East 41st Street.

There is always barbeque near me in Austin, at Pok-e-Jo’s.

Is There BBQ Near Me?

Is there BBQ near me? As a Texan, this is likely a question that has crossed your mind a time or two. Our researchers at Pok-e-Jo’s BBQ-niversity have come up with 6 ways to discern if there is indeed BBQ in your vicinity. 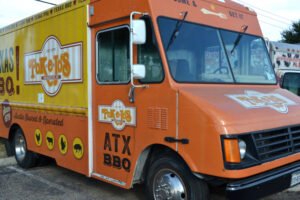